'Personal attacks on judges for their judgements will lead to dangerous scenario', cautions SC judge 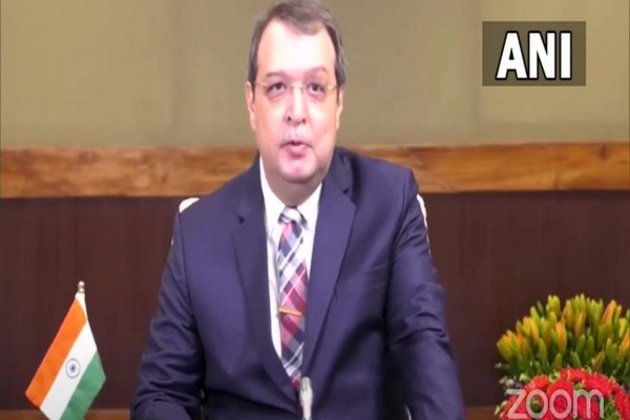 New Delhi [India], July 3 (ANI): Supreme Court judge Justice JB Pardiwala on Sunday cautioned that personal attacks on judges for their judgements will lead to a "dangerous scenario" in the country while suggesting that trials by digital media calls for undue interference in process of justice dispensation.

Justice JB Pardiwala, who was part of the Supreme Court bench that slammed Bharatiya Janata Party' (BJP) Nupur Sharma for her comments on Prophet Muhammed, said that personal attacks on judges for their judgements lead to a "dangerous scenario" where the judges have to think about what media thinks instead of what the law really thinks.

"Social and digital media is primarily resorted to expressing personalised opinions more against the judges, rather than a constructive critical appraisal of their judgments. This is what is harming the judicial institution and lowering its dignity," says Justice Pardiwala.

"This is what is harming the judicial institution and lowering its dignity. The remedy of judgments does not lie with social media but with higher courts in the hierarchy. Judges never speak through their tongue, only through their judgments. In India, which cannot be defined as a completely mature or defined democracy, social media is employed frequently to politicize purely legal and constitutional issues," he said.

He added that digital and social media needs to be regulated throughout the country to preserve the rule of law under the constitution.

"In the modern-day context, trials by digital media are an undue interference in process of justice dispensation and cross that the Lakshman Rekha many-a-times," he said.

Both Justice Pardiwala and Justice Surya Kant were targeted on social media by users on the oral comments made by them against Nupur Sharma during the hearing of her plea.

Nupur Sharma had gone to the Supreme Court demanding that all the First Information Reports registered against her across the country should be clubbed together and transferred to Delhi. In her petition, she also said she and her family have been facing security threats and they need protection.

On July 1, the Supreme Court on Friday came down heavily on suspended BJP spokesperson Nupur Sharma and said that she and "her loose tongue" has set the entire country on fire and she single-handedly responsible for what is happening in the country.

A bench of Justices Surya Kant and JB Pardiwala slammed Sharma for her statement made during a TV news channel debate while referring to the Udaipur incident, where two men murdered a tailor, said her outburst is responsible for the unfortunate incident.

Rejecting Sharma's request to transfer all the FIRs registered against her in many states for her alleged remarks on Prophet Mohammad, to Delhi for investigation, the bench told her counsel Maninder Singh, "No, Mr. Singh. The conscience of the court is not satisfied. We can't mould the law accordingly".

During the hearing, when Singh told the bench that Sharma is facing threat to her life, Justice Surya Kant said, "She has a threat or she has become a security threat?""The way she has ignited emotions across the country. This lady is single-handedly responsible for what is happening in the country," the bench said.

"We saw the debate on how she was incited. But the way she said all this and later says she was a lawyer with ten years standing? It is shameful. She should apologise to the whole country," the apex court said.

The bench also took a grim view of the TV news channel for hosting the discussion on Gyanvapi case in which Sharma, who was one of the guests, made the controversial remarks. (ANI)