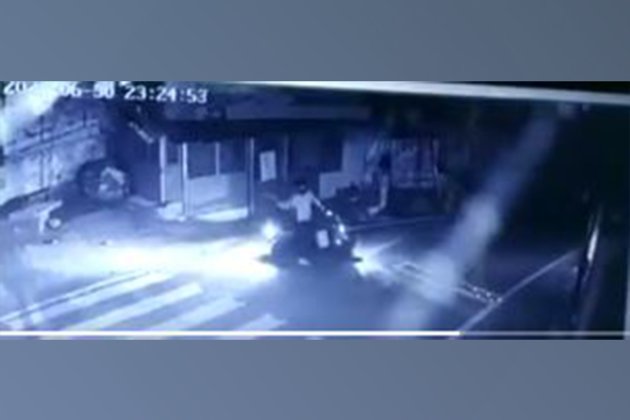 The incident was caught on CCTV where a bike-borne man was seen hurling a bomb at CPI (M) headquarters, AKG Center in the city. The man fled after throwing the bomb.

CPI (M) workers gathered outside the party headquarters after the incident.

Kerala Police have started an investigation into the matter.

"We have started the probe. It is at the preliminary stage," G Sparjan Kumar, Police Commissioner told ANI.

Kerala Finance Minister KN Balagopal condemned the attack and called the incident an organised attempt to disrupt the law and order situation in the state.

"It is an organised attempt to create a stir in Kerala. We hope the police will book the miscreants involved. We request the people of Kerala to peacefully protest against it," Kerala Finance Minister KN Balagopal told ANI.

"We appeal to party workers to remain calm and resort to only peaceful demonstrations. Police will be probing the incident. As and when they get evidence, we hope Police apprehend those behind it," MA Baby told ANI.

"The Assembly session is on. Congress and UDF do not want democratic discussions, they want chaos. We hope Congress leadership would ask the state leadership to refrain from such an undemocratic attitude," he added.

CPI(M) state secretary Kodiyeri Balakrishnan accused the Congress-led United Democratic Front (UDF) which is the Opposition in the state.

"With this attack at AKG Center, UDF is trying to provoke. We will take out a peaceful protest against it," said Balakrishnan.

"CPI(M) headquarters, AKG centre was attacked by Congress criminals. They threw a bomb at the office. I condemn this attack and appeal to our cadre to hold a peaceful protest against it," said AA Rahim, State Committee member of CPI (M) Kerala and President of the Democratic Youth Federation of India. (ANI)