Kiev's actions in Donbass amount to crimes against humanity Putin 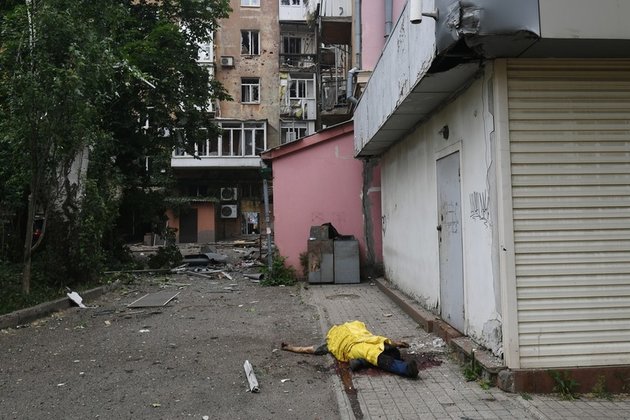 Kiev's actions against the Donetsk and Lugansk People's Republics amount to "crimes against humanity" and effectively constituted "genocide" of local population, Russian President Vladimir Putin has said. The president made the remarks on Thursday in his address to participants of the 10th International legal forum in St Petersburg.

"Russia is open to dialogue on ensuring strategic stability, preserving agreements on the non-proliferation of weapons of mass destruction and improving the situation in arms control," Putin stated. "We are focused on joining efforts on crucial issues like the climate agenda, fighting famine, providing stability in food and energy markets, and fair rules in international trade and competition," he added.

Ensuring proper and meticulous international cooperation on various issues could, in the future, help to avoid crises like the one currently unfolding in Ukraine, the president stressed.

Moscow's "foreign affairs agenda has always been and remains constructive," Putin said. Russia seeks to develop "multipolar relations" with anyone "interested in them" and places "great value" on cooperation "within the UN, the G20, BRICS, the SCO" and other groups, he added.

Russia sent troops into Ukraine on February 24, citing Kiev's failure to implement the Minsk agreements, designed to give the regions of Donetsk and Lugansk special status within the Ukrainian state. The protocols, brokered by Germany and France, were first signed in 2014. Former Ukrainian President Petro Poroshenko has since admitted that Kiev's main goal was to use the ceasefire to buy time and "create powerful armed forces."

In February 2022, the Kremlin recognized the Donbass republics as independent states and demanded that Ukraine officially declare itself a neutral country that will never join any Western military bloc. Kiev insists the Russian offensive was completely unprovoked.

Over the course of the conflict, Kiev and Moscow have traded accusations of committing assorted crimes against civilians. Ukraine's rhetoric has been backed and amplified by the top Western politicians, with US President Joe Biden, for instance, accusing Russia of committing "genocide" in the country. The White House, however, has tried to downplay such remarks, insisting they do not constitute Washington's official policy. The UN refused to describe the ongoing conflict as such, stating that it had not "documented patterns" that could amount to "genocide."