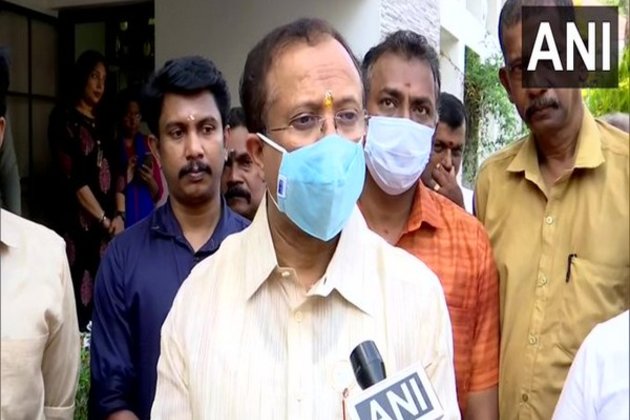 Kochi (Kerala) [India], June 30 (ANI): Comparing Prime Minister Narendra Modi with Lord Rama, Union Minister of State for External Affairs V Muraleedharan on Thursday said that he kept within himself the pain of allegations and carried on for the betterment of the country.

The Union Minister was speaking at a book launch event in Kochi. The book written by BJP State Vice President KS Radhakrishnan was related to Ramayana.

In his speech, he said, "Image of Prime Minister Narendra Modiji comes to my mind in contemporary situations when I think of someone who is considered to be an incarnation of God, Lord Ram who goes through tragedies and crises in life."Mentioning the verdict of the Supreme Court regarding the Gujarat Riots, the union minister further questioned, "Which leader in today's India has faced such crisis, difficult situations, and the thorny path of life that Modiji has gone through?""Perhaps there will be no other leader who has reached this level. Because he was hunted for so many years and faced difficulties and allegations," he added.

He said that PM Modi endured the pain of allegations for 20 years without saying a word, or showing anger.

"Now the Supreme Court is saying that there is no basis for what happened 20 years ago, and these were only allegations. He faced it for 20 years with equanimity, without showing any kind of anger, very calmly. The Court itself said that there was an international conspiracy behind these allegations," he said.

"But is there a solution to the problems and pains he faced? Is there an answer to that? Can anyone answer that? Keeping all this within himself like Lord Ram, he pressed on and went on. He planned activities for the betterment of the country and society."Meanwhile, the Supreme Court recently dismissed the plea filed by Zakia Jafri, widow of former Congress MP Ehsan Jafri, challenging the clean chit given by the Special Investigation Team (SIT) to then Chief Minister Narendra Modi and several others in the 2002 Gujarat riots.Ehsan Jafri was among 69 people killed during the violence at the Gulberg Society in Ahmedabad on February 28, 2002.

A bench headed by Justices AM Khanwilkar said that it finds the appeal as devoid of merit.

After 58 pilgrims were burnt alive on the Sabarmati Express train at Gujarat's Godhra Railway Station on February 27, 2002, riots broke out across the state in which more than 1,000 people were killed.

The SIT, appointed by the apex court, conducted the investigation into the case and gave a clean chit to then Gujarat chief minister Narendra Modi, other top politicians and bureaucrats. The Gujarat High Court's order dated October 5, 2017, also upheld SIT's clean chit to Modi. (ANI)