Legal course will have to be adopted: Muraleedharan on Swapna Suresh's allegation over Sprinklr deal 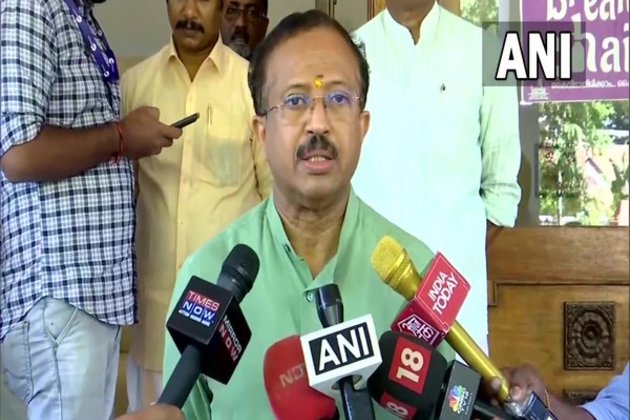 Kochi (Kerala) [India], June 30 (ANI): Union Minister V Muraleedharan on Thursday said that a legal course will have to be adopted on the allegations of Swapna Suresh, the prime accused in the Kerala gold smuggling case that Veena Vijayan, Kerala Chief Minister Pinarayi Vijayan's daughter is the "master brain" behind the Sprinklr deal which allegedly sold human data.

"Regarding the allegations of Sprinklr, the legal course will have to be adopted. So, unless there is some specific information and details given, I am not in a position to comment," the minister said.

Commenting on concerns over the notification of buffer zone around protected forest areas, Muraleedharan said that the Central Government has taken a pro-farmer approach in this regard.

"When the Central government was going to issue a notification regarding the Western Ghats last December, representatives of farmers in Kerala, along with church leaders, met the Union Environment Minister in person. As a result, the issuance of the notification has been postponed for six months. It has been postponed to June 30.""I met the Environment Minister in person recently. Regarding the buffer zone, I understand from the Minister of Forests and Environment that the Union Ministry of Environment will consult with legal experts and take steps to protect the interests of farmers by examining legal options," he said. (ANI)