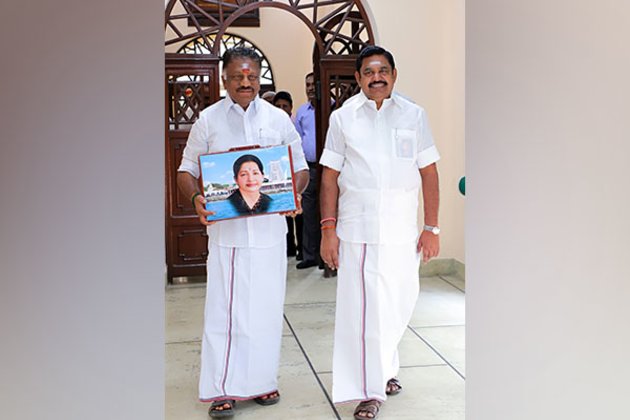 A division bench of Justice M Duraiswamy and Justice Sunder Mohan heard a plea by AIADMK General Council member Shanmugam, who had appealed against the Madras High Court's order.

Justice Sundar Mohan arrived at the residence of Justice Duraisamy for the late night sitting to hear the appeal.

The bench stated that the decision on 23 resolutions can be taken but nothing other than that, however, members have the liberty to discuss any other matter. The court earlier said that it cannot interfere in such issues.

Madras High Court on Wednesday refused to restrain AIADMK general council meeting scheduled to be held in Chennai today from amending bylaws that will pave way for a single leadership.The tussle between former Tamil Nadu chief minister and party co-coordinator Edappadi K Palaniswami (EPS) and his former deputy CM and coordinator O Panneersevelam (OPS) did not seem to end over single leadership in the party with both camps refusing to budge from their views.

Palaniswami is all for single leadership in the party and his camp is keen on passing a resolution in this regard in June 23 meeting while Panneersevelam claims that the general body cannot pass the resolution without his signature as per party by-law.

After the demise of Jayalalithaa in 2016, the party has been following a dual-leadership formula with EPS as co-coordinator and OPS as coordinator.

Voices grew louder for single leadership in the party since the district secretary meeting on June 14. Both camps have held several rounds of talks to resolve the issue but remained unsuccessful.

OPS also wrote a letter to EPS demanding postponement of the general body meeting citing a "confused situation" in the party which the AIADMK co-coordinator rejected.In comparison to OPS, EPS enjoys the support of a large number of party MLAs and district secretaries.

Amid all this drama, OPS' long-time loyalists have also joined the EPS camp. On Tuesday, Thiruvallur District Secretary Alexander and Puducherry State Secretary Anbalagan extended their support to EPS.

"AIADMK Co-Coordinator Palaniswami will be chosen as AIADMK General Secretary on June 23 in General Council Meeting. We have respect for Panneersevelam but he should understand party cadres. But OPS camp behaviour is like DMK B team. Single leadership is the need for AIADMK," Anbalagan said.

Last week, amid controversy over the issue of single leadership in AIADMK between OPS and EPS, the former held an "individual meeting" with his supporters and district secretaries at the party office here. (ANI)