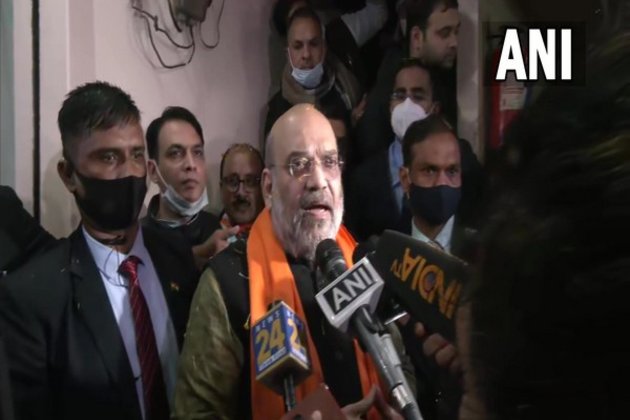 He met with families which had migrated in the year 2014 from Kairana and have now returned.

"I have come to Kairana for the first time after January 2014. After 2014, PM Modi took the axle of UP's development in his hands," Shah said while addressing mediapersons, ahead of State Assembly elections that are scheduled to take place in seven phases beginning from February 10.

The Home Minister also said that after the Bharatiya Janata Party (BJP) government was formed in Uttar Pradesh in 2017 and with Yogi Adityanath becoming Chief Minister has further sped up the development of the state.

"A new wave of development can be seen across the state. Several roads, airports, electricity, Covid-19 vaccine and many other facilities have been given to the people of UP by Narendra Modi and Yogi governments. Every poor household now has gas connection, toilets, electricity, Ayushman Bharat Yojana card, free vaccines and free ration during Corona pandemic. UP will become the most developed state in the coming days" Shah said.

"I see a confidence in the people of UP, I feel that in the days to come UP is going to become the most developed state of India," he said.

"All schemes by Modi ji has been implemented by CM Yogi Adityanath till grassroot level. It's the very same Kairana from where people were migrating earlier. Today when I'm here they said that CM Yogi improved law and order situation and people who made them migrate, have migrated," the Union Minister said.

The senior BJP leader urged people to vote for the BJP again to maintain law and order in the state.

Elections to the 403 assembly constituencies in Uttar Pradesh will be held in seven phases starting February 10.