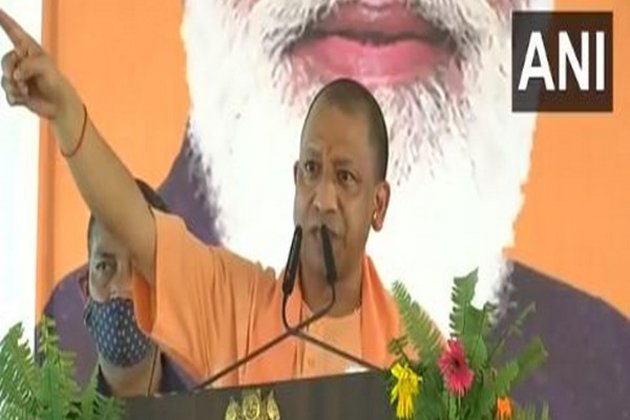 Lucknow (Uttar Pradesh) [India], September 14 (ANI): In its continuing drive against the mafia, Uttar Pradesh made arrests of 2,281 people and seized or demolished properties amounting to around Rs 1,900 crore under the Gangster Act, said the state government on Tuesday.

Uttar Pradesh government said for the first time in the state, the action was taken by identifying professional mafia, land mafia, mining mafia, drug/liquor mafia, education mafia and other mafias.

According to the state government, Uttar Pradesh Police has been taking multipronged action against the mafia. Along with the legal action, the property acquired illegally has also been confiscated and demolished.

"For the first time in the state under the Gangster Act, property worth about Rs 1,900 crore has been seized or demolished," it said.

Prime Minister Narendra Modi on Tuesday lauded the Yogi Adityanath led government in Uttar Pradesh and said that the BJP government is sincerely engaged in the development of the state while the previous governments in the state were run by goons and mafias.

Speaking at the event of laying the foundation stone of Raja Mahendra Pratap Singh State University in Uttar Pradesh's Aligarh, the Prime Minister also slammed the previous government in the state and stated that there was a time when the administration in the state was run by goons and mafias.

"There was a time when the administration was run by goons, governance was in the hands of the corrupt, but now such people are behind the bars," he said. (ANI)