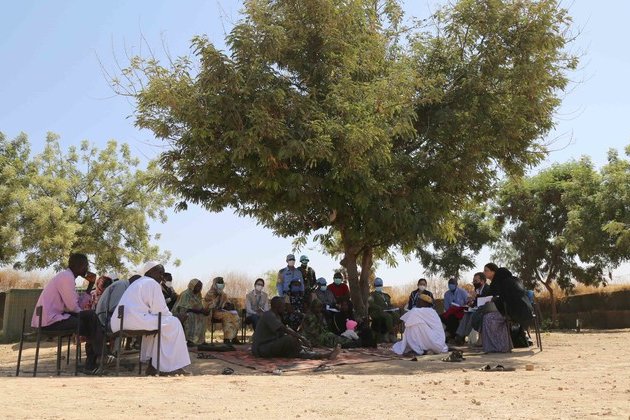 Despite setbacks and challenges, Sudan continues its transition towards democracy, the head of the UN special political mission in the country told the Security Council on Tuesday.

Volker Perthes, head of the UN Integrated Transition Assistance Mission in Sudan (UNITAMS), briefed on the authorities' efforts to address violence in the volatile Darfur region and the east, the ongoing economic crisis, and other issues.

Measures have included the launch of an initiative to shape consensus around key objectives such as military and security sector reform, the economy, justice and peace.

"There is also growing momentum to move forward on the preparations for constitution-making and elections," said Mr. Perthes. "The Government has produced a draft law on the constitution-making process, which will now be subject to public consultations."

Humanitarians have been advocating for timely and flexible funding, he added, as needs have risen mostly due to the economic crisis and intercommunal conflict. Some 418,000 people have been newly displaced this year following fighting and armed attacks, mainly in Darfur, Kordofan and Blue Nile.

"This is about six times as many newly displaced persons as in the same period last year," he said, while the conflict in neighbouring Ethiopia is also sparking refugee flows into the country.

UNITAMS has been focused on priority areas that include ceasefire monitoring in Darfur, in line with a 2020 peace agreement between the authorities and key armed groups in the province.

The mission will serve as chair of a Permanent Ceasefire Committee for Darfur, and of sectoral committees in its five states. Technical consultations have begun, bringing together committee members from the military, armed groups and other stakeholders.

"Women's participation in the implementation of security arrangements remains a key concern and is one of the conditions for the legitimacy and effectiveness of any ceasefire arrangement," said Mr. Perthes.

He stressed that the ceasefire mechanism is about monitoring, not protection.

"The recent resurgence of intercommunal violence in Darfur therefore demonstrates the urgency of supporting the Sudanese police and the urgency of deploying the Joint Security Keeping Forces," he said.

"The Ceasefire Committee is not, and cannot be, a substitute for these forces and their protection mandate."

UNITAMS has also identified several critical gaps in its ability to provide support to Sudan, particularly in ceasefire monitoring.

The mission is recommending "establishment of an initial operational capability" that will allow for small teams to be deployed to react to ceasefire violations when requested by the parties.

Mr. Perthes outlined other priorities where resources are required, pointing to how the mission is stretched when simultaneously supporting peace talks and key transitional activities.

"Moreover, we need to address gaps in the Mission's field network in critical hotspots, including in support of the Sudanese Police Force, and with regard to critical operational and security enablers," he said.

"By filling critical gaps in what remains a modestly sized mission, I hope we can effectively respond to the evolving needs of the transition in Sudan."